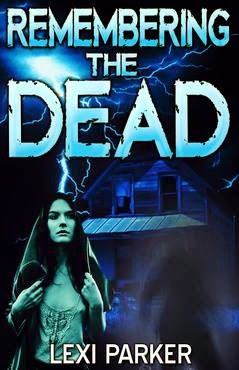 Sarah Montgomery was a quiet normal girl. She loves books and her jobs writing stories for the local paper and also working part-time at the library. She had lost her parents in a house fire ten years ago when she was eighteen. She was all alone. She had no close friends just co-workers and pretty much kept to herself earning enough money between the two jobs to support herself. One day when a lawyer came to her door and changed everything,... her life would never be the same. An inheritance from a great uncle she never knew existed. She gained money and property two things she never had before. Little did she know the danger that lurked in her future by making that faithful decision to accept the inheritance and to move into the house he left her? What will she do with the feelings she feels for practically a total stranger? What will she do about the about the cool but also creepy old house that she is now legally stuck with but that she loves although is now increasingly growing scared of being alone in? Trying desperately to make sense of what’s going on and keep her sanity she finds out she will not have to brave this on her own with the help of a man she thinks has fell in love with at first sight.

Lexi Parker is a friend of mine, and I am really proud of her for writing her first book.  It will be out soon, so more details to come!!
Posted by Insane About Books at 4:29 PM