"A mysterious and mind-ripping journey through the mystic depths of time and the darkness of the human psyche." ―Matt Wallace, author of the Sin du Jour and Savage Rebellion series

"Beautiful and vicious, The Helm of Midnight will snare you with its intriguing mystery and then enthrall you with its rich characters and inventive world." ―Megan E. O'Keefe, author of Velocity Weapon 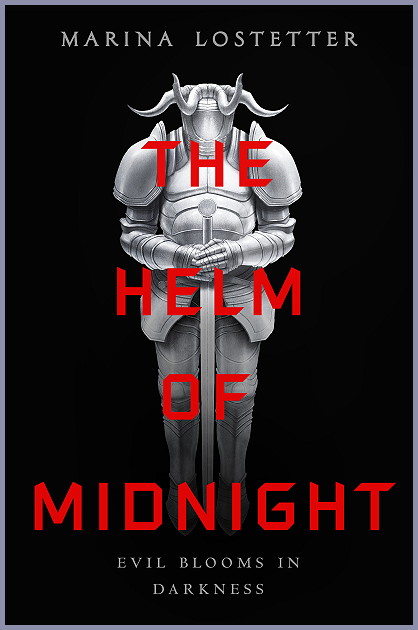 A legendary serial killer stalks the streets of a fantastical city in The Helm of Midnight, the stunning first novel in a new trilogy from acclaimed author Marina Lostetter.

In a daring and deadly heist, thieves have made away with an artifact of terrible power--the death mask of Louis Charbon. Made by a master craftsman, it is imbued with the spirit of a monster from history, a serial murderer who terrorized the city with a series of gruesome murders.

Now Charbon is loose once more, killing from beyond the grave. But these murders are different from before, not simply random but the work of a deliberate mind probing for answers to a sinister question.

It is up to Krona Hirvath and her fellow Regulators to enter the mind of madness to stop this insatiable killer while facing the terrible truths left in his wake.

You can purchase The Helm of Midnight at the following Retailers:

My Review
Does the Cover draw you in??  How about Fantasy? What about an amazing story with darkness and suspense??
The cover made me want to devour this book. I mean, look at that armor. I love Knights...I personally have three knights of armor in my house. So, the Helm of this one drew me in.
Fantasy, can't ever get enough.
Dark suspenseful stories that will keep you deep in the pages..oh yeah.
I LOVED this book. Characters were amazing...story plot was CRAZY creative...I mean, WOW.. I bow to the author for sharing her incredible imagination. The story was a little slow starting out, but you have to remember you are learning about this world. However, with each turn of the page, you just can't let go...you don't want to stop.  I really want to spill my guts about this world....but I don't want to spoil anything. It's so hard!!!
To say I can't wait for the next book in this story is an understatement...I NEED IT.
This book is worth every penny....GET IT! 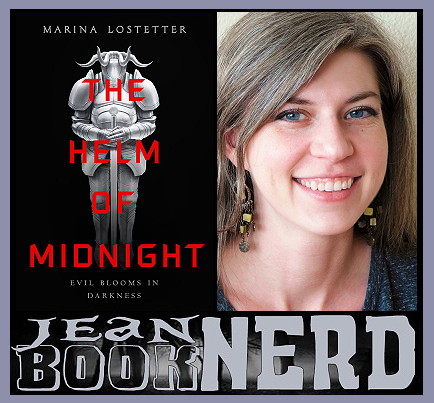 Photo Credit: Jeff Nelson
The open skies and dense forests of the Pacific Northwest are ideal for growing speculative fiction authors–or, at least, Marina Lostetter would like to think so. Originally from Oregon, she now resides in Arkansas with her spouse, Alex. In her spare time she enjoys globetrotting, board games, and all things art-related. Her original short fiction has appeared in venues such as Lightspeed, Uncanny, and Shimmer Magazine. Her debut novel, NOUMENON, and its sequels, NOUMENON INFINITY and NOUMENON ULTRA, are available from Harper Voyager. Her first fantasy novel, THE HELM OF MIDNIGHT, is forthcoming from Tor. In addition, she has written tie-in materials for Star Citizen and the Aliens franchise. She is represented by DongWon Song of the Howard Morhaim Literary Agency, and she tweets as @MarinaLostetter.