ASIN : B08DWHHBBW
Publisher : She Writes Press (April 6, 2021)
Publication date : April 6, 2021
Language : English
Praise for THE SOUND BETWEEN THE NOTES
“The climax, on the night of her performance, is a tour de force steeped in suspense, and Susannah’s subsequent revelations are satisfying and authentic. A sensitive, astute exploration of artistic passion, family, and perseverance.” —Kirkus Reviews

“The Sound Between the Notes is so beautiful, so lyrical, so musical that it was hard to put down. . . . This is a wonderful story from a skillful writer, one that appeals strongly to the heart. It features awesome characters, a twisty plot, and gorgeous writing.” —Readers’ Favorite 5-star review

“In her second novel, Barbara Linn Probst delivers yet another powerful story, balancing lyrical language with a skillfully paced plot to build a sensory-rich world that will delight those who loved Queen of the Owls and win countless new readers. Offering a deep exploration of the search for identity and connection, The Sound Between Notes reminds us to embrace everything we are—and everything that’s made us who we are.” —Julie Cantrell, New York Times and USA TODAY best-selling author of Perennials

“Family ties can bind or blind us—even with relatives we've never met. In The Sound Between the Notes, trails of music connect generations separated by adoption—while the same notes threaten a family believed sewn with steel threads.In this spellbinding novel, Barbara Linn Probst examines how the truth of love transcends genetics, even as strands of biology grip us. Once you begin this story, suffused with the majesty of music and the reveries of creation, the 'gotta know' will carry you all the way to the final note.” —Randy Susan Meyers, international best-selling author of Waisted and The Comfort of Lies

“Beautifully told, The Sound Between the Notes, is the story of tragedy and triumph, of the push and pull of family, of the responsibility we feel to ourselves and those we love. Once I started the book, I couldn't put it down until I reached the last, gorgeously written note.” —Loretta Nyhan, author of The Other Family and Amazon best-seller Digging In

“As soaring as the music it so lovingly describes, poignantly human, and relatable to anyone who’s ever wondered if it’s too late for their dream, The Sound Between the Notes is an exploration of our vulnerability to life’s timing and chance occurrences that influence our decisions, for better or worse. Probst creates her trademark intelligent suspense as Susannah, an adoptee trying for a mid-life resurrection of an abandoned music career, confronts lifelong questions of who she is. A story that speaks to our universal need to have someone who believes in us unequivocally, and how that person had better be ourselves.” —Ellen Notbohm, award-winning author of The River by Starlight 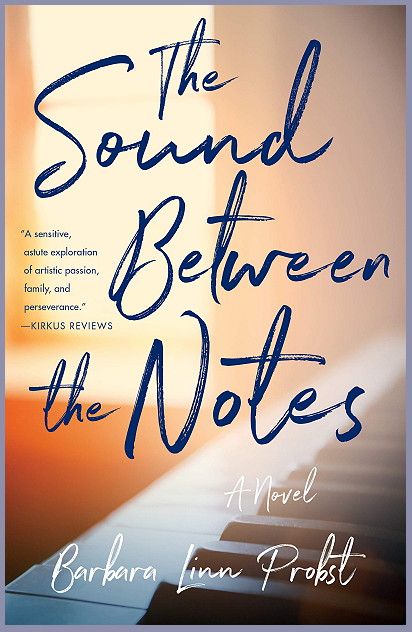 The highly anticipated new novel from the multiple award-winning author of Queen of the Owls . . .

What if you had a second chance at the very thing you thought you’d renounced forever? How steep a price would you be willing to pay?

Susannah’s career as a pianist has been on hold for nearly sixteen years, ever since her son was born. An adoptee who’s never forgiven her birth mother for not putting her first, Susannah vowed to put her own child first, no matter what. And she did.

But now, suddenly, she has a chance to vault into that elite tier of “chosen” musicians. There’s just one problem: somewhere along the way, she lost the power and the magic that used to be hers at the keyboard. She needs to get them back. Now.

Her quest―what her husband calls her obsession―turns out to have a cost Susannah couldn’t have anticipated. Even her hand betrays her, as Susannah learns that she has a progressive hereditary disease that’s making her fingers cramp and curl―a curse waiting in her genes, legacy of a birth family that gave her little else. As her now-or-never concert draws near, Susannah is catapulted back to memories she’s never been able to purge―and forward, to choices she never thought she would have to make.

Told through the unique perspective of a musician, The Sound Between the Notes draws the reader deeper and deeper into the question Susannah can no longer silence: Who am I, and where do I belong?

You can purchase The Sound Between the Notes at the following Retailers:

My Review
This story is about Susannah's journey after discovering she has the opportunity to revive her career as a pianist. After finding out she has an illness that will cripple her career, she goes on a tailspin of emotions and obsession of trying to discover a cure.
Susannah is also adopted. This story flashes back and forth a few times to her past to reveal to you her journey on trying to find her birth parents.  This is an emotional journey for her.
Susannah's obsession with her illness, and the concert she has been waiting her whole life for puts a strain on her marriage.
This story is full of emotions. The story is very well written as you feel everything Susannah is going through.  Her excitement, disappointment, worry...is felt on every page. 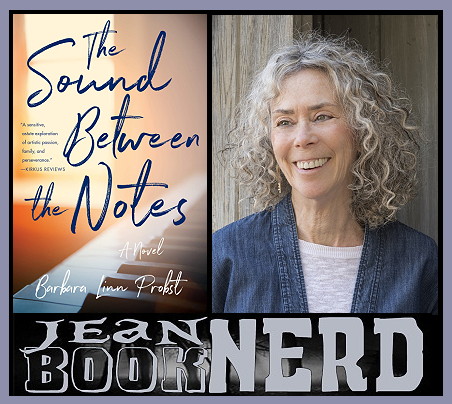 Photo Content from Barbara Linn Probst
Barbara Linn Probst is a writer of both fiction and non-fiction, living on an historic dirt road in New York’s Hudson Valley. Her debut novel Queen of the Owls (April 2020) is the powerful story of a woman’s search for wholeness, framed around the art and life of iconic American painter Georgia O’Keeffe. Endorsed by best-selling authors such as Christina Baker Kline and Caroline Leavitt, Queen of the Owls was selected as one of the 20 most anticipated books of 2020 by Working Mother and one of the best Spring fiction books by Parade Magazine, and a debut novel “too good to ignore” by Bustle. It was also featured in lists compiled by Pop Sugar and Entertainment Weekly, among others. It won the bronze medal for popular fiction from the Independent Publishers Association, placed first runner-up in general fiction for the Eric Hoffer Award, and was short-listed for both the First Horizon and the $2500 Grand Prize.
Barbara’s second novel, The Sound Between the Notes, is slated for publication in April 2021. Like Queen of The Owls, it shows how art can help us to be more fully human. Barbara has also published numerous blogs on the craft of writing on award-winning sites such as Jane Friedman and Writer Unboxed. To learn more about Barbara and her work, please see http://www.barbaralinnprobst.com/. She resides in New York.