Blackness Within by @NormaJKarlsson only 99 cents 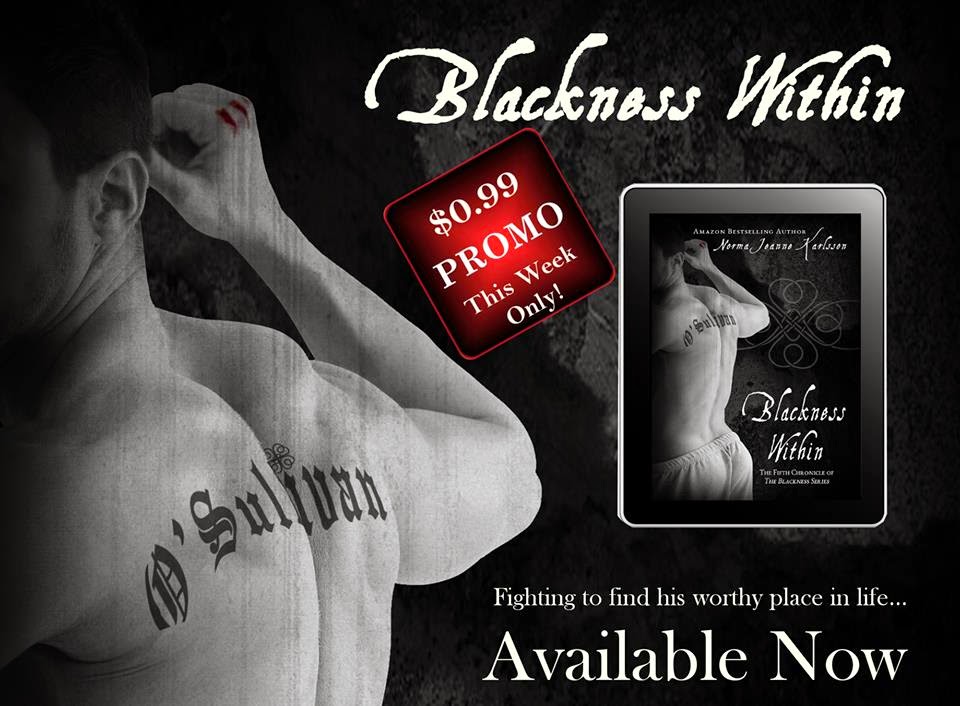 GET IT NOW FOR ONLY 99 CENTS

This is the story of a woman that has worked tirelessly to build her own life from nothing. While the task has been exhaustive, it’s been worth every drop of sweat to earn her own slice of normal. Natasha Reynolds has built a life beyond an absent mother and a drug addict brother to become a home-owning, dog-loving nurse. But no matter how much distance she puts between the present and her past, she always finds herself dealing with the messes of those she loves. Once again, a hasty decision to save her beloved brother’s life has put Natasha in peril. With nowhere to turn, she goes to the only place she has left. Brian O’Sullivan. ​He’s an attorney, a ladies’ man and nothing but trouble. Natasha has spent two and a half years avoiding Brian’s smoldering grin and his smooth pickup lines. While he spends his days in courtrooms and suits, Brian would much rather be bloodying his knuckles and relishing in the crushing of bones. In order to help Natasha, he will have to be both the professional and the fighter. As Brian demolishes opponents, Natasha will struggle to hang onto her life. They will be ripped apart by the evil underbelly of the crime world and wage a war to escape the blackness within it that threatens to swallow them whole.
Posted by Insane About Books at 10:42 PM