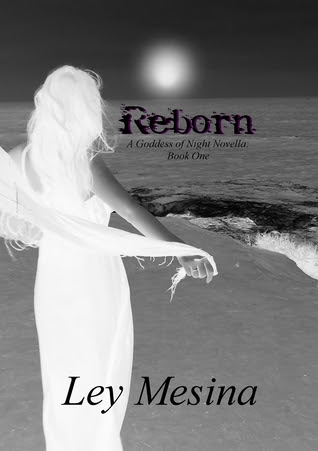 
Lily Westbrook discovers that being half witch and half vampire is more of a challenge than she thought. When her powers mature on her eighteenth birthday, she unlocks a mystery that many witches thought was a legend. After moving back to her birthplace in Cedar Creek, MA to attend Kensington University, Lily is instantly pulled deeper into the world she was kept from- the world of witches and vampires-uncovering the truth about her past and discovering who she is meant to be.

Lily is about to leave her Aunt Trudy to attend Kensington University. Kensington University was founded by Lily’s father, Nathaniel. Centuries later, the college is still thriving. How is this possible? Lily is half witch and half vampire. She is so unique, that her existence has been kept secret from everyone but a select group. Secret because, Witches and vampires are sworn enemies.

When Lily moves to Cedar Creek, her birthplace and location of Kensington University, she starts to have more visions. Her powers have become stronger since she turned 18. Lily tries to keep her true identity a secret, but circumstances lead her to reveal herself to Xander and Drew, vampire friends who knew her father. With their help, Lily tries to decipher the visions. Lily learns of the myth of the Goddess of Night, and wonders if she is this powerful being.

Reborn is a fun and fast read for a novella. I loved the uniqueness of the half vampire and witch combo. It was a refreshing concept from the normal vampire lore. Lily proves to be talented in her powers without much training, proving that her destiny is in her blood. The characters draw you into the full adventure with their loyalty and the twists and turns keep your attention captivated. Of course, there is a cliffhanger, which keeps you hungry for the adventure to continue. I loved that Lily had journals from her father to learn of that history. It is a FUN read!!

My Over All Rating: