30 years ago
Fluffy snowflakes, the kind one could not pack into a snowball despite every effort, floated through the air and blanketed Winter Glen in a shimmer of white. With every passing icy fractal, the sun hid deeper into the horizon, whispering its goodnights and throwing an inspired, orange hue over everything the rays could touch. Twinkling lights on the shops, wreaths on doorways, and snowmen in yards were all its target. None of that would seem like much to the casual observer, passerby, or occasional tourist looking for a quick bite on their way to the city. Winter Glen, just another small town. A blip on a map.
If drawn by a better-than-thorough cartographer.
But such a mapmaker didn’t live there. They didn’t know. They couldn’t feel it.
Those people didn’t understand the tiny town equaled more than the sum of locally owned shops, town square gazebo, distinct houses, and the Winter River Bridge. Winter Glen also meant home, a collection of people and places unified in every way. An enclave created by one of them, for all of them. While every winter preordained a lot of snow, each day’s wintry gift brought Christmas closer. Christmas—a season which meant so much to so many, but maybe none more so than Samuel Nicholson.

"This heartwarming fantasy from Hutson updates a favorite Christmas trope as a Scrooge-like woman is given the magical gift of a new perspective on her life. Christmas enthusiasts will find this hits the spot." —Publishers Weekly

“... a blend of romance and fantasy in A Christmas Carol style of writing. An outstanding inspirational
read for the holidays.” —Midwest Book Review

"A story of second chances, Write Christmas will make you believe in the magic of the season again." —The Nerd Daily 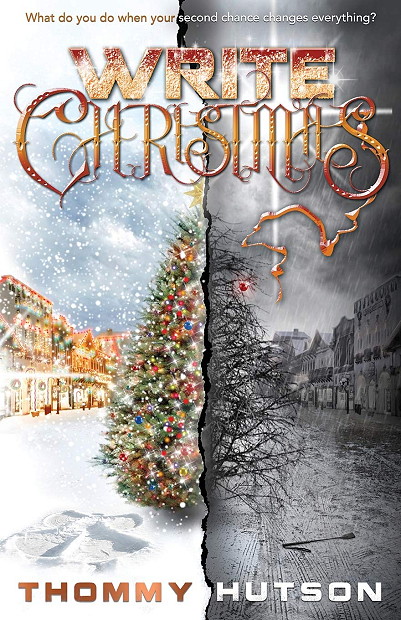 Abby Nicholson used to love Christmas. Until she didn’t.

After leaving Winter Glen, the small town famous for its Christmas celebration and her family’s greeting card company, Abby is forced to return to the home she left behind when the unexpected passing of her father thrusts the business into her hands.

Turning her back on the magic of the holiday beloved by her father and the town, she decides to sell the business. Signing the paperwork with the very pen her father used to create it, she is shocked to discover her hometown has become a whole new world.

One where Christmas has vanished!

Now stuck in a place devoid of hope, joy, and the spirit of the season, Abby sees family and friends altered in the most terrible of ways.

Determined to set things right, though unsure how, Abby takes out her father’s pen and begins to draw. When she realizes her art is coming to life, she sets out to recreate the holiday and bring back the most wonderful time of the year.

But some are determined to keep an iron grip on the town and will do anything in their power to stop her.
You can purchase Write Christmas at the following Retailers: 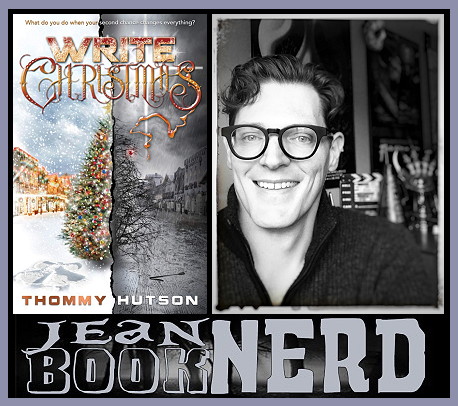 A graduate of UCLA, he launched his career co-writing the story for the Warner Bros. animated hit SCOOBY-DOO IN WHERE’S MY MUMMY? He followed that with co-writing the concept and additional material for CHILL OUT, SCOOBY-DOO!

He was also a staff writer on the Hulu daily web series “The Morning After,” a smart, witty, pop culture program aimed at getting viewers up-to-date on the latest entertainment news and celebrity interviews.

He produced and made his feature directorial debut with THE ID, an independent psychological drama/thriller. The film won Best Thriller at The Hollywood Reel Independent Film Festival and Filmmaker Magazine stated it was “a deeply unsettling thriller that’s as moving as it is frightening … with skillful, provocative direction that has echoes of early Polanski.”

Thommy also wrote the screenplay for Syfy Channel’s supernatural horror film TRUTH OR DARE, which was a trending topic on social media the night of its premiere and continues to rank high on Netflix.

As a best-selling author Thommy crafted a limited-edition coffee table book detailing the making and legacy of horror icon Wes Craven’s 1984 classic A NIGHTMARE ON ELM STREET. A trade version (Permuted Press/Simon & Schuster) was also released. His latest novel, the teen thriller “Jinxed,” (Vesuvian Media) is the first book of a trilogy and has been called “A must-read for classic horror fans…Inevitable and shocking. Homage and originality…Hutson could easily take on the mantle as the next Lois Duncan.” The book reached #1 in the USA, UK, Canada, and Australia and was the winner for Best Horror at the International Book Awards and Best YA Horror in the Readers’ Choice Awards.

He wrote the Hallmark Movies & Mysteries original film A CHRISTMAS FOR THE BOOKS, which was the highest-rated scripted program the night it premiered, produced THE FINAL WISH (Cinedigm) written by Final Destination creator Jeffrey Reddick and starring Lin Shaye and Tony Todd, and co-scripted the teen thriller INSTAFAME (Lifetime).

Thommy recently wrote the screenplay for an audiobook holiday project, is in development on a family feature, and is hard at work on “Cursed,” the second installment of the “Jinxed” trilogy.

A member of the Producers Guild of America and Horror Writers Association, a Saturn and Home Media Magazine award-winner, and an aficionado of horror and teen movies from the 80s and 90s, Thommy continues to develop unique, compelling, and provocative projects across multiple genres for film, television, publishing, and home entertainment.