Praise for BETWEEN WILD & RUIN

“What could be a corny premise turns into an exhilarating, fun ride in Edelson’s adept hands. Her characters are smartly drawn, and readers will easily identify with Ruby, a strong yet insecure young artist on the verge of adulthood, who is still recovering from her tragic past . . . Fans of Twilight and modern fairy tales will fall in love with Ruby and root for her eventual romance.” — Blue Ink Review (Starred Review)

“Between Wild and Ruin is a stunning story of legends, romance, and destiny with themes of starting over, small towns, beauty, and community . . . Edelson perfectly breathes new life in mythology by honoring the oral tradition of a small community and the ruins that bring to life Ruby's destiny.” — Manhattan Book Review

“Highly recommended to mature teens through new adult and adult audiences, this is a story that lingers in the mind long after its final revelation.” — Midwest Book Review

“Descriptions of the New Mexico landscape are rich and atmospheric, arousing the senses with references to the scent of smoke and juniper, the predatory roar of mountain lions, and the brilliant dazzle of stars in the desert sky . . . The writing conveys a sense of timelessness, making it easy to believe Ruby’s sense that the land is spirit-haunted and that Leo, the handsome young man she encounters near the ruins, is somehow connected to it all.” — Clarion Forward

“The paranormal aspects of the tale are credible and richly steeped in traditional lore, and the plot is finely crafted . . . Between Wild and Ruin is most highly recommended.” — Reader’s Favorite (5-Star Review) 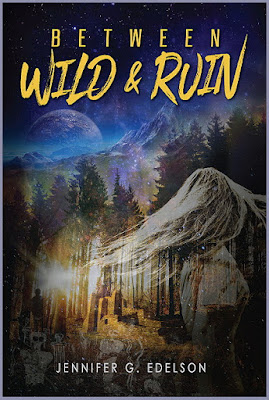 Seventeen-year-old Ruby Brooks has never had a boyfriend. After moving to small-town La Luna, New Mexico following her mother’s untimely death, boys aren’t even on her radar. Ruby just wants to forget the last horrible year and blend in. But when she discovers an ancient pueblo ruin in the forest behind her house, and meets Ezra, a bitter recluse whose once-perfect face was destroyed in an accident he won’t talk about; Angel, La Luna’s handsome sheriff’s deputy, and Leo, a stranger who only appears near the ruin, Ruby finds herself teetering between love, mystery, and other worlds. What happened to Ezra’s face? And why is she so attracted to the one boy in town everyone despises? As Ruby unravels her own connections to both Ezra and the pueblo ruin, she’ll learn surfaces are deceiving. Especially in the heart of New Mexico, where spirits and legends aren’t always just campfire stories.


Set against a Northern New Mexico backdrop, Between Wild and Ruin is a young adult coming-of-age story that captures the wild and whimsical pulse of New Mexico through the eyes of teens Ruby Brooks, Angel Ruiz, and Ezra Lucero. The first book in the Wild and Ruin series, Between Wild and Ruin explores the time-tested credo ‘never judge a book by its cover’ through a paranormal lens, weaving Puebloan and Hispanic folklore and Southwest cultural narratives into tightly written, high-concept fiction ‘brimming with mystery, intrigue,’ and as Kirkus Reviews puts it, an “intriguing historical drama and an over-the top quadrangle romance.”

You can purchase Between Wild & Ruin at the following Retailers:

Goosebumps immediately raises the hairs on my arms when I think of this fantastic fantasy.

Ruby moves to a secluded community in Arizona after the death of her mother. Living with her Aunt Libby, she is trying to put her life back together after the tragic lost. However, she keeps this a secret from her new friends she meets.

When Ruby explores the mountain behind her home, she discovers a ruin.... it's secluded, and she can tell that it is very old. The area around it feels still, except for a humming that calls deep to her bones.  It soon becomes her favorite place to draw...and one day she meets a boy named Leo. He fascinates her and frustrates her all at the same time.  Then she meets a young deputy, who is only four years older than her, and a social outcast with a scared faced named Ezra.  How can she be drawn to three guys when she has never had a boyfriend before?

When unexplained things happen, Ruby wonders if she is losing her mind. The adventure begins and Ruby will learn more about herself.

This story was such a joy to read. I loved the folklore and myths woven into this creative story. This story is full of heart throbs, each with a different personality that really kept it interesting.  All the characters meshed well with each other, right down to Ruby and a so called friend-enemy that you will just want to slap. Ruby is a strong character, and I respect how she stayed true to herself and did't let others influence her.  Lots of twist kept this journey flowing, and I was really sad when it ended.  At times I got those first love butterflies that I am sure Ruby felt.

This is a read you don't want to miss. Loved it from the very first page to the very last!! 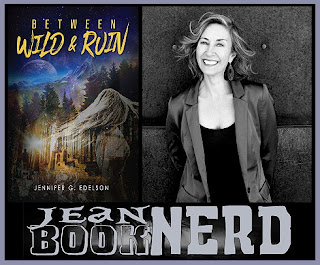 Jennifer G. Edelson is a writer, trained artist, former attorney, pizza lover, and hard-core Bollywood fan. She has a BFA in Sculpture and a J.D. in law and has taught both creative writing and legal research and writing at several fine institutions, including the University of Minnesota. Originally a California native, she currently resides in Santa Fe, New Mexico with her husband, kids, and dog, Hubble after surviving years in the Minnesota tundra. Other than writing, Jennifer loves hiking, traveling, Albert Camus, Dr. Seuss, dark chocolate, coffee, exploring mysterious places, and meeting new people—if you’re human (or otherwise), odds are she’ll probably love you.

*JBN is not responsible for Lost or Damaged Books in your Nerdy Mail Box*
a Rafflecopter giveaway
Posted by Insane About Books at 7:30 AM