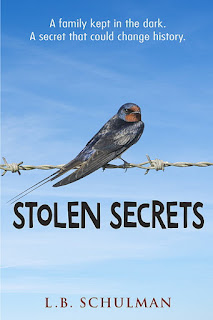 After an abrupt move across the country to San Francisco, sixteen-year-old Livvy discovers a grandmother who she believed was dead. Suffering from Alzheimer’s, Adelle shouts out startling details, mistakes her own name, and seems to relive moments that may have taken place in a concentration camp. When Livvy and her new friend Franklin D. find journal entries from the Holocaust in Adelle’s home, Livvy begins to suspect that her grandmother may have a shocking link to a notable figure Anne Frank.

“The author captures the desperate uncertainty of life with an alcoholic and having to parent a parent. Whip-smart Franklin has a uniquely drawn personality and his dialogue with Livvy sparkles…VERDICT An engaging coming-of-age novel recommended for libraries looking to highlight issues of alcoholism, Alzheimer’s, and family estrangement.' ―School Library Journal

“Stolen Secrets is a solid mystery with family drama and teen angst. Livvy is a likable character who is smart and perceptive at times, yet, like most teens, naive and clueless at others. The novel is easy to read and would be a good companion read for students reading Anne Frank’s diary. Stolen Secrets will need some hand-selling to teens, but once they pick it up they will not be disappointed.” ―VOYA

“This is a well-written book that sympathetically examines the roles of Holocaust survivors on both sides of the war as well as guilt and forgiveness. The main and supporting characters are funny and engaging…a good addition to those who want to read more books with a Holocaust theme. Recommended.” ―School Library Connection

I Read this book in one sitting. Once I got started, I just couldn't put it down. I connected with it in such a way, it's hard to explain. Having a grandfather that fought in WW2, He kept his secrets until the last few years of his life. His regrets and shame of what he had to do during war time weighed heavy on his heart. Now on the other side, my husband is German and children are German, with my mother in law marrying an American soldier and moved to the states with no English at the time.  She will not talk about her biological father, So it makes me wonder what involvement he might have had during the Holocaust time. So, the connection with this book was real to me for personal reasons.

Livvy moves across country with her mother, whom she has a rocky relationship with.  Trying to build a new life, she is thrown into a new area, no friends, and discovers that her grandmother who she was told was dead is still alive, and the reason for the move.

Livvy reads about Alzheimer's, to learn about what her grandmother is going through, and believes that her rants might lead to secrets her grandmother has hidden years and maybe understand why her mother despises her so much.

With a creative storyline, this novel has a twist and an ending that will give you all the warm fuzzy feels.  Livvy's quest to find out her grandmother's past takes you on a journey discovering her own heritage that is so unexpected.  Her friend Franklin D. is right by her side, and his personality pulls Livvy out of her own shell she has been shielded in.

I was so surprised how much I would enjoy this book.  It is a fun and fast read with little dramas spiraled into the main story.  I really think you will enjoy it so give it a try!! 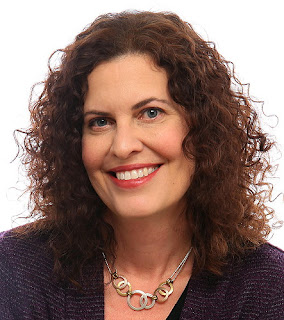 STOLEN SECRETS is L.B. Schulman’s second young adult novel. Her debut, LEAGUE OF STRAYS, was published in 2012. She grew up in Maryland and now lives in the San Francisco Bay Area with her husband, two daughters, and a pair of loveable mutts. When she isn’t writing, she’s visiting genealogy sites, trying to find famous people she’s related to. You can visit her online at LBSchulman.com. 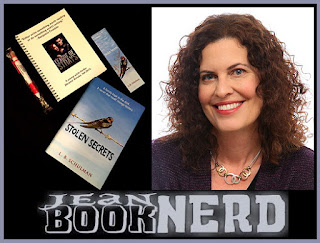