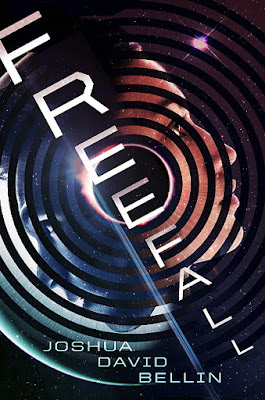 In the Upperworld, the privileged 1% are getting ready to abandon a devastated planet Earth. And Cam can’t wait to leave. After sleeping through a 1,000-year journey, he and his friends will have a pristine new planet to colonize. And no more worries about the Lowerworld and its 99% of rejects.

Then Cam sees a banned video feed of protesters in the Lowerworld who also want a chance at a new life. And he sees a girl with golden eyes who seems to be gazing straight though the feed directly at him. A girl he has to find. Sofie.

When Cam finds Sofie, she opens his eyes to the unfairness of what’s happening in their world, and Cam joins her cause for Lowerworld rights. He also falls hard for Sofie. But Sofie has her own battles to fight, and when it’s time to board the spaceships, Cam is alone.

Waking up 1,000 years in the future, Cam discovers that he and his shipmates are far off-course, trapped on an unknown and hostile planet. Who has sabotaged their ship? And does it have anything to do with Sofie, and the choices—and the enemies—he made in the past?

Brings new meaning to “star-crossed lovers”—read it for the intriguing concepts that play out behind the romance. —Kirkus Reviews

Completely new and unique dystopian/light science fiction. The story shifts from present to past and back again in a way that reveals a little at a time, keeping the reader completely hooked. This book will appeal to teens and adults alike. —Entrada Book Review

Bellin created a fantastic world, one highlighting social, racial, and economic inequalities that you see today, but translated it into a very dystopian-esque setting, where corporations run the world. —Lauren, fromYA Bookers

Another engaging novel from master world-builder and storyteller, Joshua David Bellin. I am a fan for life, and I look forward to reading his next story. —Margo Kelly, YA author of Who R U Really? and Unlocked

[Bellin] has all the chops to turn such a dystopian scenario, where the world is firmly under the thumb of greedy, soulless corporate overlords, into a page-turning space opera that is pure pleasure from start to finish. —Kat Ross, YA author of the Fourth Element series 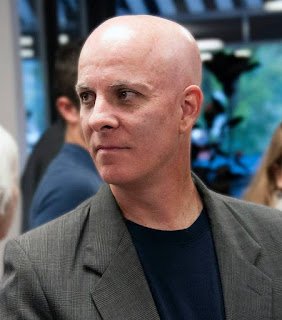 I’ve been writing novels since I was eight years old (though the first few were admittedly very short). I taught college for twenty years, wrote a bunch of books for college students, then decided to return to writing fiction. SURVIVAL COLONY 9 (2014) is my first novel, with the sequel, SCAVENGER OF SOULS, published in 2016. A third book, the deep space adventure FREEFALL, releases in 2017.

I am proud to be represented by the fabulous Liza Fleissig of Liza Royce Agency. 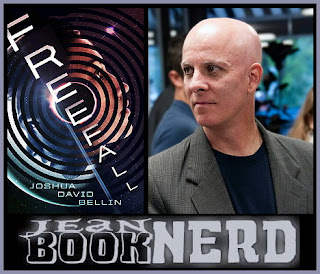 - 3 Winners will receive a Signed Copy of FREEFALL by Joshua David Bellin.