I would like to thank I'm a Reader, Not a Writer and Oasis for YA for hosting this wonderful blog hop! What a great way to find out more great book reads and blogs to visit!

For my giveaway, I'm going to offer two copies of one of my favorites for 2011.
Crossroads by Mary Ting. This will be an actual book, with a signed bookplate from Mary attached! This giveaway is open International! 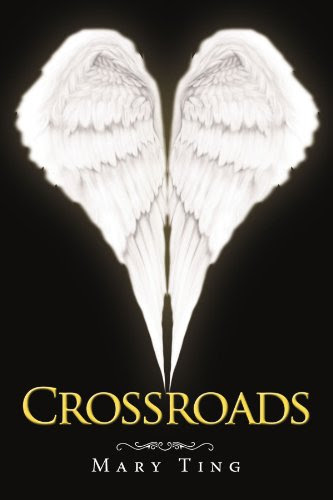 Claudia Emerson has a good friend who shares the same first name and last name. That friend unfortunately dies in a tragic accident during homecoming dance. Claudia is distraught at the loss of her friend, but is even more disturbed by her dreams, which seem to take her to another place called Crossroads. Unknown to her, Crossroads is like a second heaven, a place between heaven and earth. It is where the souls of humans in comas or near death experiences may wander. Where, Claudia meets Michael, a nephilim, a half angel, half human, whom she often meets in her dreams. It turns out that this isn’t her first visit to Crossroads, which is an enigma for no human can ever travel there until Claudia.

Now the fallen and demons are after her, suspecting she must be special and it is up to Michael and the other nephilims to protect her. Her dream becomes a nightmare as more secrets are revealed, about who she really is, and the true identities of the people she loves most. Can Michael fight his growing feelings for Claudia and protect her as a guardian angel should?

This is going to be a real easy entry, because I will also be hopping on the other blogs, I love the easy entry. Just follow Insane About Books by GFC and do the rafflecopter below!! 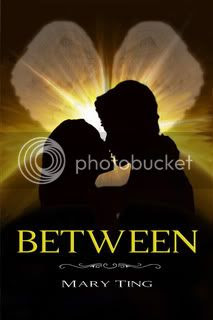 As the alkins head back to Crossroads, Claudia leads her normal life; but not for long. Having a special soul attracts danger towards her, and she soon finds out who Gamma asked to watch over her. The Twelve, known as Divine Elders on Earth, are very much involved when they find out that Aliah, one of the God’s first angels, escaped from the Abyss when the gates were open by Aden. Needing Claudia’s soul to escape the only place Aliah can reside–a place between Heaven and Earth–he sends his demons in search of all Claudia Emersons on Earth. Taking her soul will enable him to be released from Between and cross over to Crossroads, which would give him immense power. Meanwhile, as more secrets are revealed, Claudia learns about other nephilim that exist on Earth called venators, who are demon hunters. The alkins and venators must work together to protect not just Claudia, but humanity as well. But along the way, trust becomes a big issue. Will love be enough to keep Claudia and Michael together? Who will make the ultimate sacrifice? Who will betray them all?