MMSAI Tours is proud to be hosting the Official Blog Tour for LIFELESS (Words Made Flesh #2) by AdriAnne Stickland! 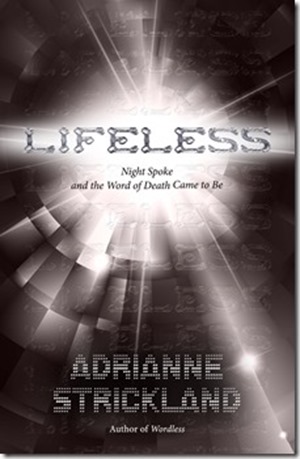 When Tavin Barnes escaped Eden City with Khaya, the Word of Life, he became the most-wanted fugitive overnight. But he never expected his flight would end with the ultimate curse: becoming the next Word of Death. Now he's a prisoner inside the Athenaeum, where his new life under the Godspeakers' control has begun.

As the Word of Death, Tavin can kill with a touch, an ability he must learn to harness or risk hurting the people he cares for. But Ryse, the Godspeaker charged with Tavin's training, is pushing him to be as ruthless as she is. Her goal: make Tavin an elite assassin, whether he wants to be or not. His first target: the Chinese ambassador to Eden City ... and that's just the beginning.

This stunning new paranormal series blends the sweetest of romances with breathless suspense, and introduces five young women who share a haunted past, an extraordinary gift, and an uncertain future.

Lifeless takes the Words Made Flesh series to a whole new level with the fight to keep the darkness at bay.

Tavin wakes up in a lab; drugged, strapped down and desperate to get away from his evil Godspeaker, Ryse. She is evil to the core and her mission is to break Tavin to use him as a weapon.  He tries his best to fight against her, and stay true to himself, despite being the Word of Death.

With manipulation, Tavin performs tasks he would never do willingly. On the verge to fall into the darkness, he knows he needs to escape before it's too late.  But who can he trust??

Wordless ended with one crazy cliffhanger, so you know Lifeless was going to start out fast and furious....and it doesn't stop until the end...which of course, is another cliffhanger that leaves you thinking, "Seriously, not again!!"  This author knows how to leave the readers hanging with great anticipation for the next installment.

The world created in this series if full of imagination.  I don't know about you, but when I want to escape into a book, have the words disappear from the page, I want my imagination tested and pushed to the limits...and I totally get that feel with this series.

Lifeless takes Tavin to a dark place....there is more evil and heartache...however, not without just enough humor to tie it all together perfectly.  The characters each have a personality and more depth as the story goes.  You discover along the way who can be loyal...because really, each Word is going through the same ordeal of being used.

Twists and turns, loyalty and betrayal, the Yin/yang of a great read.

Tease your imagination with Wordless and Lifeless.

Thank you AdriAnne for a great escape. 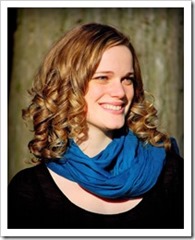 AdriAnne Strickland was a bibliophile who wanted to be an author before she knew what either of those words meant. She shares a home base in Alaska with her husband, but has spent two cumulative years living abroad in Africa, Asia, and Europe. While writing occupies most of her time, she commercial fishes every summer in Bristol Bay, because she can't seem to stop. WORDLESS is her debut YA sci-fi/fantasy from Flux Books.
Website | Twitter | Facebook | Goodreads