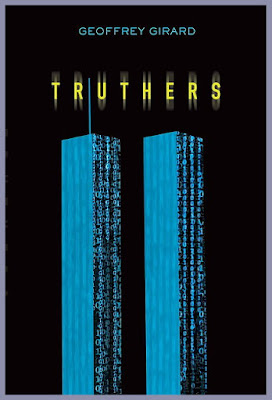 Katie Wallace has never given much thought to 9/11. She was only a year old when terrorists struck American soil. But now her dad has landed in a mental institution after claiming to know what really happened. He insists the attacks were part of a government conspiracy. And he claims that Katie is living proof: the lone survivor of a massive cover-up.

Hoping to free her dad, Katie sets out to investigate his bizarre claims. Soon she's drawn into the strange and secretive world of 9/11 conspiracy theorists known as the "Truthers".

Wading through a dangerous web of fact and fiction, questions and distortion, Katie no longer knows what to believe. But she does know that she's being followed -- and that someone is determined to stop her search for the truth.

A novel for teens, exploring 9/11 & our conspiracy culture...

"In this intense thriller... Girard takes readers down a disturbing, provocative path; both sides start to make sense as information is revealed and theories are debated. It's a fast-paced nail-biter with a resourceful heroine, packed with surprises that force readers to question every revelation and take nothing at face value." ―Publishers Weekly [Starred Review]

"A beautifully written, captivating must-have that will hook readers from beginning to end. Girard has created a well-developed, quirky, tenacious main character for whom teens can't help but root." ―School Library Journal

"[Truthers] moves at a fast clip, and readers will get caught up in both the conspiracy construct (actual Truther theories are explored) and the romance that is as tangled as the web of confusion surrounding September 11." ―Booklist

"A book teens will love. History, mystery, romance, action, and intrigue--all in one!" ―YA Books Central 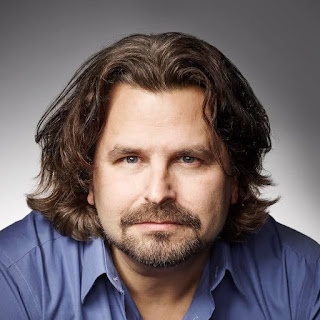 Geoffrey Girard writes thrillers, historicals, and dark speculative fiction. His first book, Tales of the Jersey Devil, thirteen original tales based on American folklore, was published by Middle Atlantic Pressin 2005, followed by Tales of the Atlantic Pirates (2006) and Tales of the Eastern Indians (2007). Simon and Schuster published two Girard novels simultaneously in 2013: CAIN'S BLOOD, a techno thriller, and PROJECT CAIN, a companion novel for teen/YA readers which was nominated for a Bram Stoker award for "Superior Achievement in a Young Adult Novel."

Girard's short fiction has appeared in several best-selling anthologies and magazines, including Writers of the Future (a 2003 winner), Prime Codex, Aoife's Kiss, The Willows, Murky Depths, Apex Horror & Science Fiction Digest, and the Stoker-nominated Dark Faith anthology. The debut collection of his short fiction, first communions, was published by Apex Books in May, 2016.

Born in Germany and shaped in New Jersey, Geoffrey currently lives in Ohio and is the English Department Chair at a famed private boys' high school. Prior to teaching, he worked as an advertising copywriter, web developer and marketing manager. He has a BA in English literature from Washington College and an MA in creative writing from Miami University, where he is now working on an MFA. He has presented and led workshops on creative writing at schools, bookstores and various writers' conventions/events. 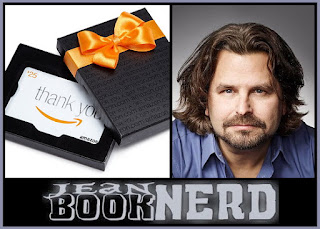