TWO TRUTHS AND A LIE: IT'S ALIVE by Ammi-Joan Paquette & Laurie A. Thompson Nerd Blast 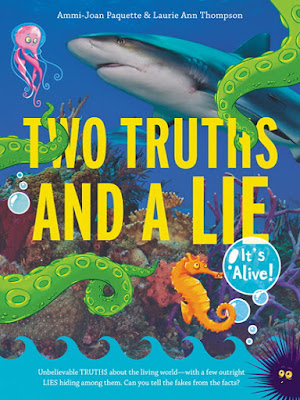 Two Truths and a Lie is the first book in a fascinating new series that presents some of the most crazy-but-true stories about the living world as well as a handful of stories that are too crazy to be true—and asks readers to separate facts from the fakes!

Did you know that there is a fungus that can control the mind of an ant and make it do its bidding? Would you believe there is such a thing as a corpse flower—a ten-foot-tall plant with a blossom that smells like a zombie? How about a species of octopus that doesn’t live in water but rather lurks in trees in the Pacific Northwest?

Every story in this book is strange and astounding. But not all of them are real. Just like the old game in this book’s title, two out of every three stories are completely true and one is an outright lie. Can you guess which? It’s not going to be easy. Some false stories are based on truth, and some of the true stories are just plain unbelievable. And they’re all accompanied by dozens of photos, maps, and illustrations. Amaze yourself and trick your friends as you sort out the fakes from the facts!

Acclaimed authors Ammi-Joan Paquette and Laurie Ann Thompson have teamed up to create a series of sneaky stories about the natural world designed to amaze, disgust, and occasionally bamboozle you.

Praise for TWO TRUTHS AND A LIE: IT'S ALIVE

“An engaging, entertaining compendium that will inform and confound.” ―Kirkus Reviews 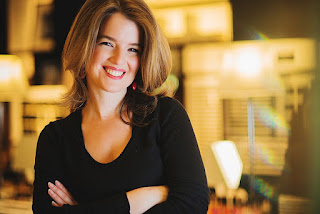 Ammi-Joan Paquette has never met a ghost, mummy, monster, skeleton, or witch — as far as she knows. This book, she says, was inspired by a game she used to play with her sister: "Most of the details have been lost to time, but I still remember the shivery thrill I got when we played it. So, I drew on that same energy to write a spooky picture book, which eventually became A Ghost in the House." In addition to writing, Joan is also a literary agent representing authors of children’s books. She lives outside Boston with her family.
TWITTER | FACEBOOK | GOODREADS | WEBSITE | 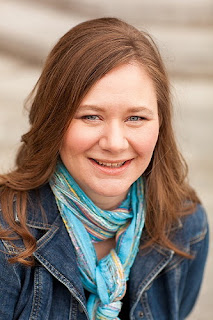 Laurie writes for children of all ages. She is dedicated to inspiring and empowering young readers through nonfiction and fiction that educates as well as entertains. 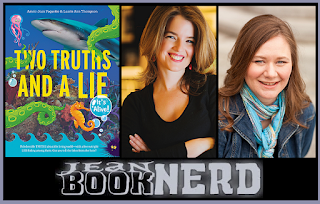 - 5 Winners will receive a Copy of TWO TRUTHS AND A LIE: IT'S ALIVE by Ammi-Joan Paquette & Laurie A. Thompson.