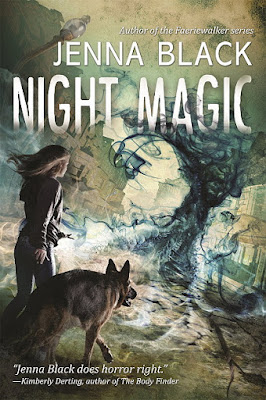 Jenna Black returns to the quarantined city of Philadelphia, where an unsuspecting seventeen-year-old has unknowingly unleashed a dark power that transforms the city into a monstrous hellscape in Night Magic.
Philadelphia is locked in the grip of an evil magic that transforms its streets into a nightmare landscape the minute the sun sets each night. While most of the city hunkers down and hopes to survive the long winter nights, Becket Walker is roaming the darkened streets having the time of her life.

Once, the guilt of having inadvertently let the night magic into the city―and of having killed her onetime best friend―had threatened to destroy her. But now she’s been Nightstruck, and all her grief and guilt and terror have been swept away―along with her conscience. So what if she’s lost her friends, her family, and her home? And so what if her hot new boyfriend is super-controlling and downright malevolent?

Mesmerized by the power and freedom of not having to care about anyone but herself, Becket is sinking ever deeper into the night magic’s grasp. But those who love her refuse to give up on her―even if she’s given up on them. If they can’t find a way to help Becket break the night magic’s hold, the entire city might soon find itself shrouded in perpetual night. But the last thing Becket wants is to be “rescued” from her brand new life, and she will fight tooth and claw to stay exactly where she is.

Praise for NIGHT MAGIC “Suspenseful and savage―Jenna Black does horror right!”―Kimberly Derting, author of the Body Finder series"Effectively blending grisly horror, teenage dilemmas, and a touch of romance, Black has built a genuinely scary city where the night literally has teeth.”―Publishers Weekly

NightStruck left us with one painful cliffhanger.

Becket fought with everything she had to stay away from the grasp of the night. After she was tricked, and stuck outside during transition, she became Nightstruck....and she was enjoying herself.  No pain, no heartache, she doesn't know why she didn't become Knightstruck sooner. However, the guilt she had, is just under the surface, and she wonders how devoted she truly is to the night.

Aleric has made her his queen of sorts, giving her everything and keeping her happy. However, he has an alternate plan up his sleeve, to spread the night and take over.

However, people from her past seem to creep slowly back into her mind, and she can't help but worry about their safety.

Dark, menacing, and spellbinding, this second novel of the series never slips a fraction of an inch with twists and turns.  Not only is Becket battling the evil in the night, she is also battling the internal torment she feels she is responsible for.

I have fallen deeply for this world that Jenna has created.  The world she has created with the transformation of a city during the night is mesmerizing with creative imagination.  I couldn't help but fall for the characters, having that love/hate feeling for me makes the characters so life like you can't help but feel their emotions.  It really is a fast paced read, with never a dull moment in sight.  I highly recommend this story if you want to tickle your imagination with dark magic. 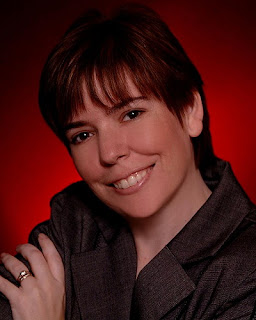 Jenna Black is your typical writer. Which means she's an "experience junkie." She got her BA in physical anthropology and French from Duke University.

Once upon a time, she dreamed she would be the next Jane Goodall, camping in the bush making fabulous discoveries about primate behavior. Then, during her senior year at Duke, she did some actual research in the field and made this shocking discovery: primates spend something like 80% of their time doing such exciting things as sleeping and eating.

Concluding that this discovery was her life's work in the field of primatology, she then moved on to such varied pastimes as grooming dogs and writing technical documentation. Among her other experiences . . .

Ballroom dancing.
Traveling all seven continents. Yes, even Antarctica.
Becoming a Life Master in Bridge.
Singing in a barbershop chorus.

Read the true story of Jenna's first trip out of the country by herself at the age of 16: Jenna's Zaire Adventure. And remember, insanity is a good thing for a writer.

She's also a proud member of the Heart of Carolina Romance Writers, and would love for her readers to support her fellow authors! 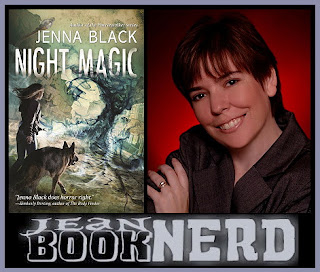 a Rafflecopter giveaway
Posted by Insane About Books at 5:30 AM