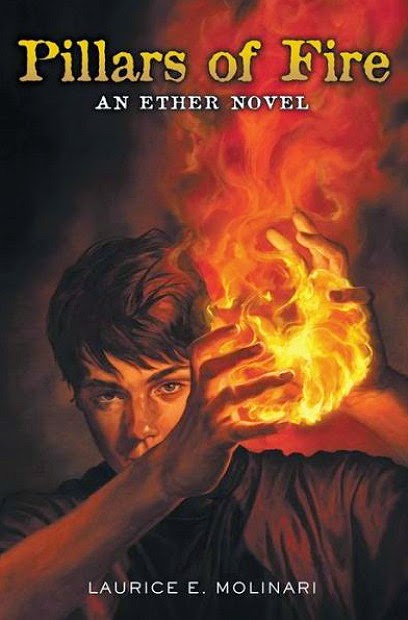 After Vero Leland discovered his true identity in book one, he must continue to maintain his life on earth as a regular 12-year-old kid, which is hard to do when you are really a fledgling, a guardian angel in training to become one of the fiercest of all angels. At any moment, he could be called to the Ether, the spiritual realm surrounding the earth, where he must face whatever trials come his way in angel school, aka C.A.N.D.L.E. (the Cathedral of Angels for Novice Development, Learning and Edification). In book two, part of Vero s training involves the Angel Trials, a set of three challenges where he and his group of fellow fledglings compete with angels from other realms.

But while he is competing in the Ether, back on earth his sister is in trouble. She has a new friend who is leading her down the wrong path. During the third trial, Vero realizes he must choose between saving his sister or winning his competition. But the attack on Clover is only a means to get to Vero, and he finds himself face-to-face with an evil even greater than what he experienced in the Bottomless Pit. Once again, he is tested beyond what any previous fledgling has endured, and how the battle ends will affect not only his grade in C.A.N.D.L.E., but also the fate of the world."

You can purchase Pillars of Fire at the following Retailers: 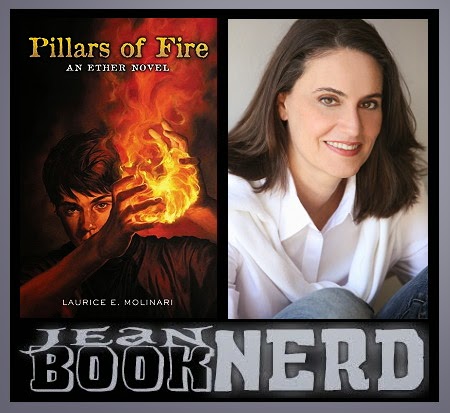 Laurice Elehwany Molinari, a veteran film and TV writer in Hollywood for over two decades, has penned over thirty scripts for various studios and networks. Her very first feature script, written while a fellow at the American Film Institute, became Columbia Picture’s critically acclaimed children’s classic, My Girl. She went on to pen The Brady Bunch Movie and The Amazing Panda Adventure. Laurice lives with her husband and two children in Los Angeles, the City of Angels, where her lifelong love for our heavenly guardians inspired her to write a book about them.

1.   Can you catch us up from where The Ether: Vero Rising leaves off and Pillars of Fire begins? At the end of “Vero Rising,” Vero learns his mission will be to find the Book of Raziel.  “Pillars of Fire” begins with the Angel Trials, a competition between angels of different spheres.  Vero and his group of fledglings are selected to compete.  A powerful demoness surfaces posing a threat to Clover, and the forces of the dark side will claim someone close to Vero.

2.   What inspired you to write The Ether series? I was inspired by my own belief that there are good angels and bad angels (demons) who are engaged in a continuous battle for our souls.

3.      When researching Angels for this series, did you learn anything interesting or exciting about them? I’ve learned so much about the angels in my research – mainly how involved the angels are in our lives.  How they play a major part in our everyday lives, and that something like 80% of Americans (according to a 2011 AP poll) also share my belief in angels.

4.      Are there any characters in The Ether Series that are most like you in real life? I would say I’m most like Clover – at first afraid of new ideas, but when she accepts them, she does whole-heartedly.

6.      As both a film writer and an author, is it harder to write movies or to write novels? Did your background in writing family films come in handy when writing books for kids? I find writing novels to be more difficult mainly because I don’t enjoy writing description.  There’s very little description when writing a screenplay.  However, because screenplays cannot be over 120 pages long, writing novels does allow more freedom with no studio notes! I got my start writing family films and enjoy writing for kids.  I like seeing the world through their eyes.

7.      Do you have a favorite character in The Ether series? If so, what makes this character so special to you? Tack is my favorite character.  I love watching him mature from a seemingly shallow kid to a serious young man. I also admire his loyalty to Vero, and I share his love of Ding Dongs.

8.      Is there a lesson you would like kids to learn from The Ether series? I would want kids to learn to listen to their angels.  Their guardian angel is there to guide and protect them.

9.      What would you like parents to know about The Ether series as they are considering it for their children to read? It’s an exciting, wholesome read for kids, which you can feel good about.  In fact, many parents have enjoyed reading the book along with their children.

10.  What’s coming up next in this exciting series? In book 3, The Dragon’s Descent, Vero goes on a quest to complete his mission encountering the cockatrice, the skeleton army from Ezekiel’s Valley of the Dry bones, and the four beasts of Daniel.  Ultimately, an epic battle with Lucifer beaks out in the Ether, deciding Vero’s fate.

a Rafflecopter giveaway
Posted by Insane About Books at 8:00 AM