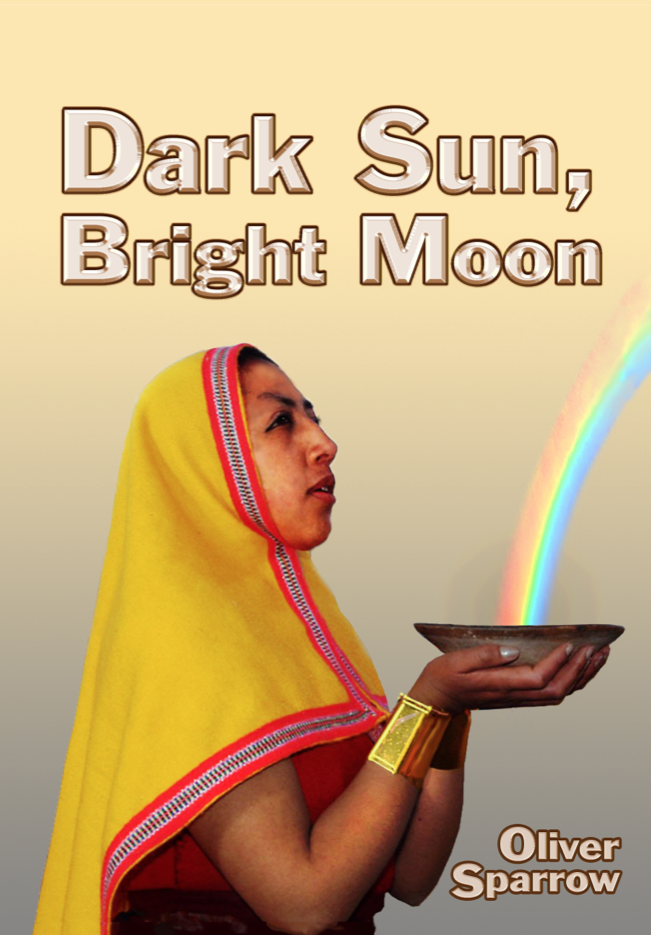 Dark Sun, Bright Moon, by Oliver Sparrow, was published in July 2014 and is available for sale on Amazon in both paperback and ebook.

“Dark Sun, Bright Moon describes people isolated in the Andes, without the least notion of outsiders. They evolve an understanding of the universe that is complementary to our own but a great deal wider. The book explores events of a thousand years ago, events which fit with what we know of the region's history,” says Sparrow.

In the Andes of a thousand years ago, the Huari empire is sick. Its communities are being eaten from within by a plague, a contagion that is not of the body but of something far deeper, a plague that has taken their collective spirit. Rooting out this parasite is a task that is laid upon Q’ilyasisa, a young woman from an obscure little village on the forgotten borders of the Huari empire.

This impossible mission is imposed on her by a vast mind, a sentience that has ambitions to shape all human life. Her response to this entails confrontations on sacrificial pyramids, long journeys through the Amazonian jungle and the establishment of not just one but two new empires. Her legacy shapes future Andean civilization for the next four hundred years, until the arrival of the Spanish.

Dark Sun, Bright Moon takes the reader on a fascinating adventure that includes human sacrifice, communities eaten from within, a vast mind blazing under the mud of Lake Titicaca, and the rise and fall of empires cruel and kind.

Chapter 1: A Small Sacrifice at Pachacamac

A priest knelt before her, a feather from his head-dress tickling her face. His musky odour of old incense and stale blood was rank, even here on the windy summit of the pyramid. Four other priests held her body tipped slightly forwards, and the pressure that this put on her tired old joints hurt far more than the fine, cold bite of the knife at her neck. Quick blood ran thick down her chin and splashed into the waiting bowl. Then the flow weakened, the strength went out of her and she died, content.

Seven elderly pilgrims had set out for Pachacamac, following their familiar river down to the coast and then trudging North through the desert sands. Two of the very oldest of them needed to be carried in litters, but most were able to walk with no more than a stick to help them in the sand. Lesser members of the community had been delegated to carry what was necessary. These would return home. The elderly would not.

The better-regarded families of the town were expected to die as was proper, sacrificed at the Pachacamac shrine for the betterment of the community. Such was to be their last contribution of ayni, of the reciprocity that assured communal harmony and health. It was also their guarantee of a smooth return to the community's soul, to the deep, impersonal structure from which they had sprung at birth.

The Pachacamac complex appeared to them quite suddenly from amongst the coastal dunes. They paused to marvel at its mountain range of pyramids, its teeming myriad of ancient and holy shrines.

Over the millennia, one particular pyramid had come to process all of the pilgrims who came from their valley. They were duly welcomed, and guards resplendent in bronze and shining leather took them safely to its precinct.

They had been expected. The priests were kind, welcoming them with food and drink, helping the infirm, leading them all by easy stages up to the second-but-last tier in their great, ancient pyramid. The full extent of the meandering ancient shrine unveiled itself like a revelation as they climbed. Then, as whatever had been mixed with their meal took its effect, they were wrapped up snug in blankets and set to doze in the late evening sun, propped together against the warm, rough walls of the mud-brick pyramid. Their dreams were vivid, extraordinary, full of weight and meaning.

The group was woken before dawn, all of them muzzily happy, shriven of all their past cares, benignly numb. Reassuring priests helped them gently up the stairs to the very top tier. In the predawn light, the stepped pyramids of Pachacamac stood sacred and aloof in an ocean of mist.

Each pilgrim approached their death with confidence. A quick little discomfort would take them back to the very heart of the community from which they had been born. They had been separated from it by the act of birth, each sudden individual scattered about like little seed potatoes. Now, ripe and fruitful, they were about to return home, safely gathered back into the community store. It was to be a completion, a circle fully joined. Hundreds of conch horns brayed out across Pachacamac as the dawn sun glittered over the distant mountains. Seven elderly lives drained silently away as the mist below turned pink. 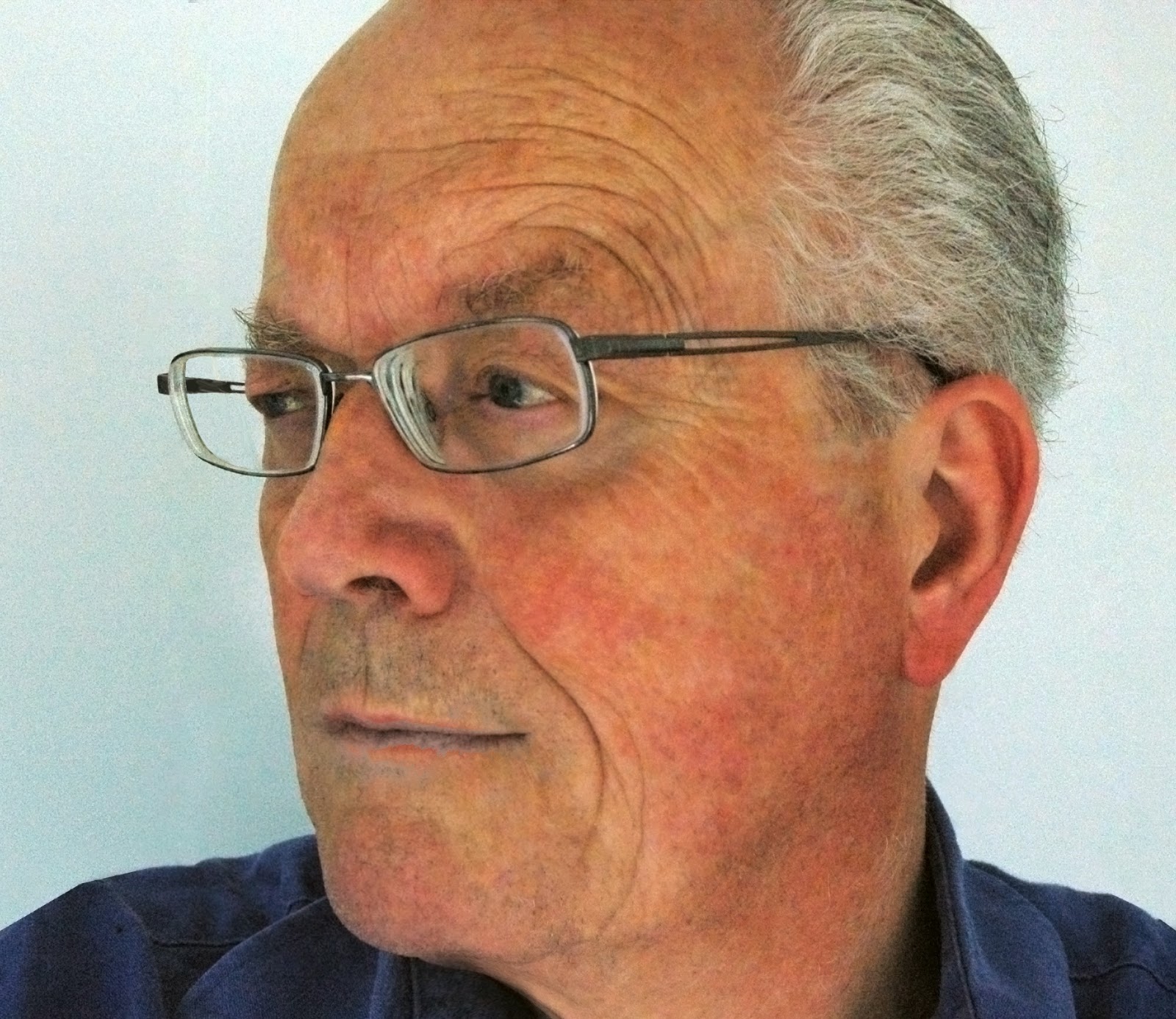 Oliver Sparrow was born in the Bahamas, raised in Africa and educated at Oxford to post-doctorate level, as a biologist with a strong line in computer science. He spent the majority of his working life with Shell, the oil company, which took him into the Peruvian jungle for the first time. He was a director at the Royal Institute for International Affairs, Chatham House for five years. He has started numerous companies, one of them in Peru, which mines for gold. This organisation funded a program of photographing the more accessible parts of Peru, and the results can be seen at http://www.all-peru.info. Oliver knows modern Peru very well, and has visited all of the physical sites that are described in his book Dark Sun, Bright Moon.

To learn more, go to http://www.darksunbrightmoon.com/